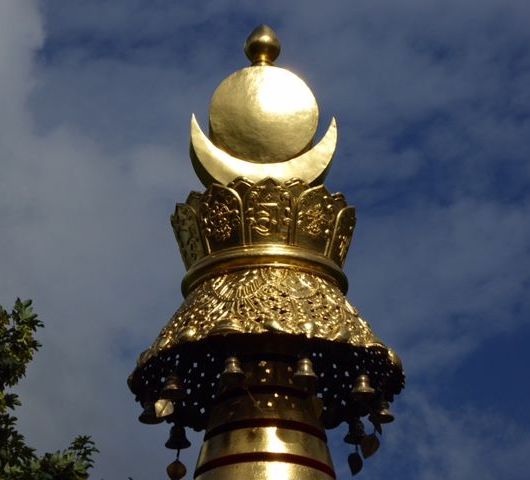 Due to the current situation regarding SARS-CoV-2 (corona-virus), it is still not really possible to meet onsite in Allmuthen for the summer course. Again we are offering an online course instead.

Initially it was planned that Khenpo Tenzin Yeshe whom we know from last year would do the online teachings this year again. However, since he is staying together with Drubwang Sangye Nyenpa Rinpoche in an area in Bhutan without stable internet connection Rinpoche suggested Khenpo Karma Rigzin Gyatso to teach during the summer course.

We are delighted that Khenpo Karma Rigzin Gyatso and Lama Ngawang Tsultrim have agreed to perform the summer course online.

Schedule (all times are CEST): 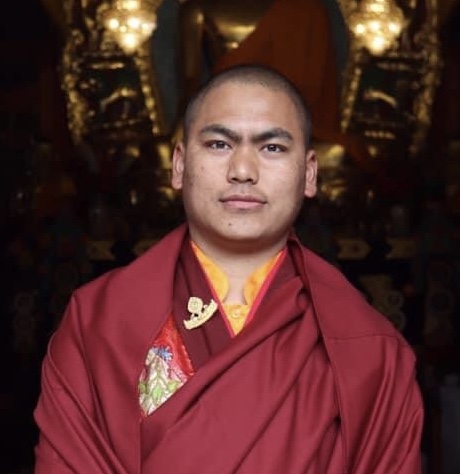 In 2002 Khenpo Karma Rigzin Gyatso took the refuge vow from Drubwang Sangye Nyenpa Rinpoche. He became one of the Benchen monks in the monastery in Kathmandu studying all the various rituals. 2007 he went to the Shedra in Pharping and began his studies in Buddhist philosophy.

2008 he received the full monk vows from the late Kyabje Tenga Rinpoche. After studying intensively for more than 10 years he became Khenpo in 2018 and since then has been teaching in the Shedra.

Khenpo Karma Rigzin Gyatso will teach an abbreviated version of the "Bodhisattvacaryāvatāra - An Introduction to the Bodhisattva's Way of Life", a famous Mahāyāna Buddhist text composed by the Indian master Śāntideva. 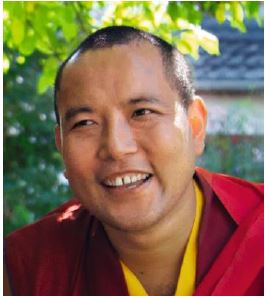 Lama Ngawang Tsultrim is the Resident Lama of Benchen Phuntsok Ling. He will offer a teaching session every evening. This will allow people who have to work during the day to also participate in Dharma teachings.

Lama Ngawang will teach about the Three Higher Buddhist Trainings.

He will focus on practical aspects of discipline, samādhi and wisdom.

All sessions will be conducted as Zoom meetings. Details will be published in the BPL Newsletter.

Teachings will be translated into English and German.

There will be no charge for attending the course. However, every donation is most welcome! In making a donation, you will actively be helping Benchen Phuntsok Ling to compensate for the financial difficulties resulting from the corona restrictions.